Banking in Bulgaria is reliable and convenient, though it is not free

According to existing EU legislation, anyone who is a resident in Bulgaria is entitled to open a “basic payment account”. This account would facilitate most of the standard transactions: making deposits, withdrawing cash, as well as making and receiving payments.

Customers are expected to show proof of identity in the form of an identity card or passport. Once armed with a bank account, customers have their money protected by the Government-backed deposit protection scheme up to the value of 196,000 BGN.

Bulgarian national bank has the exclusive right to issue banknotes and mint coins. The most widely used coins are the 1 lev and 2 leva (approximately 1 euro). Banknotes come in 5, 10, 20, 50, and 100 leva.

Mind the fees and charges

Banks may charge different types of fees including an account setup fee, monthly maintenance fee, cash withdrawal fee, and interbank transfer fee. Potential customers should be made aware of all such tariffs and fees. This is known as the “fee information document”.

In addition to a new bank account, the bank may offer a debit card and internet banking. Internet banking is often cheaper compared to traditional in-branch transactions. The prerequisite for this online facility would be access to a Bulgarian mobile phone number.

A debit card can be handy, and it is widely recognised for payments in shops, cafés, and restaurants. Most banks would charge a small fee for every cash withdrawal from an ATM. In addition, all debit cards have daily and weekly limits to the maximum amount one can withdraw or spend.

Most banks in Bulgaria are subsidiaries of bigger European banks. For example, Unicredit Bulbank is owned by the Italian Unicredit, DSK Bank is owned by the Hungarian OTP and United Bulgarian Bank (UBB for short) is own by the Belgium KBC. They all offer savings accounts, as well as personal loans, mortgages, and sometimes even insurance. A well-known Bulgarian insurance provider DZI is also part of the KBC group of companies.

DSK Bank has the highest number of branches 351 and ATMs 850 in the territory of Bulgaria. Next, Unicredit Bulbank has 210 branches and 748 ATMs, while UBB has 176 branches and 816 ATMs.

Below you can find two bank accounts with more affordable fees: 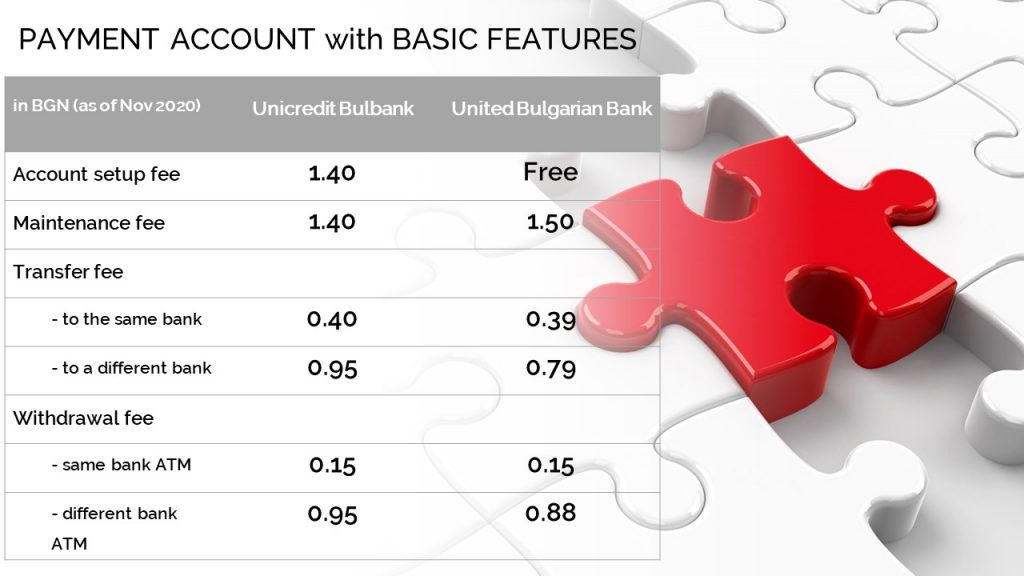 Alternatively, sending money from your bank account is easy with TransferWise.