Why choose Bulgaria over London?

This was a question Neil got asked on a Bulgarian TV programme “Da hvanesh gorata”. His answer: “Have you noticed the weather today? It is fantastic! And it is almost always like this.” This is just one simple example of what Bulgaria has on offer.

He bought his house back in 2004 in the Bulgarian village of Gostilitsa near Veliko Tarnovo. He dreamed of an opportunity to do something he loves, and Bulgaria felt like the right place for him to fulfil his dream. The alternative was an office job back in London, doing long hours in front of a computer screen.

He picked the village of Gostilitsa as it offered stunning views of Stara Planina mountain. In Neil’s own words “the place is so peaceful, and you get a sense of calm and tranquillity”. Before moving permanently to the country 2 years later, he knew nothing of Bulgaria. The three questions that guided Neil in his decision to move were: What is the weather like? What are the taxes? And what is the beer like?

Initially, Neil found it hard connecting with his Bulgarian neighbours, but he quickly adapted to the new environment. His neighbours turned out to be lovely people, very warm and friendly.

Back in London, he had a typical yet well-paid job. The idea of moving abroad was not a sudden decision. This was rather something Neil had in mind for nearly 10 years. Leaving London and following his heart was not difficult. The hardest part was leaving his family and friends behind.

The key success factor for someone like Neil is planning the move carefully. Next, make sure you have savings to keep you going for a while. The third and final step is to come up with a business idea, which can bring you steady income once your savings have depleted. Neil had done all three. As he would say “these are not things you can come up with overnight”.

For his business idea, Neil wanted to share his own personal experience with many others. The best way forward was to set up a travel and tours business. His company “Classic Car Holidays” offers exciting tours of the Balkans in self-driven Trabant cars. He bought the cars from various places and some of the previous owners had them for over 30 years. It was hard for them to part with their beloved cars. Neil and his team gave these iconic cars a new lease of life. When he bought his first Trabant, local people told him he was out of his mind.

Yet it has not all been plain sailing, Neil has his frustrations too! One thing he cannot get used to is the Bulgarian administrative system. Registering a car in Bulgaria is a lengthy process involving a lot of paperwork, compared to the UK where it can be easily done in 10 min over the internet.

Today, his business continues to be successful and Neil is looking forward to the next chapter in his life. 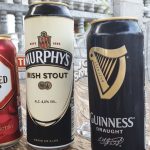 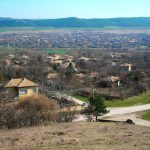 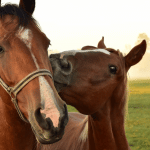 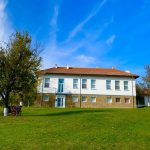 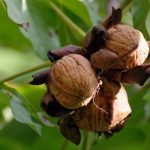