To start with, there are 6 regions in Bulgaria: North East, South East, North Central, South Central, North West and South West. The two regions to the East are attractive for holidaymakers seeking the sunny beaches of the Black Sea. These are Varna, the sea capital of Bulgaria to the North and Burgas to the South. The North and South-Central regions are already popular with expats, who prefer Veliko Tarnovo in the North or Plovdiv in the South. Meanwhile, the North-West and South-West are often described as the poorer North and the wealthier South. The latter is pricier also because of the capital city, Sofia.

1. If you are looking for an affordable home, go North-West.

Here, the average asking price has been only 18,000 euros for the past 12 months. Potential buyers would have to pay more than double, circa 39,000 euros, if they want to dip their toes into the Black Sea. 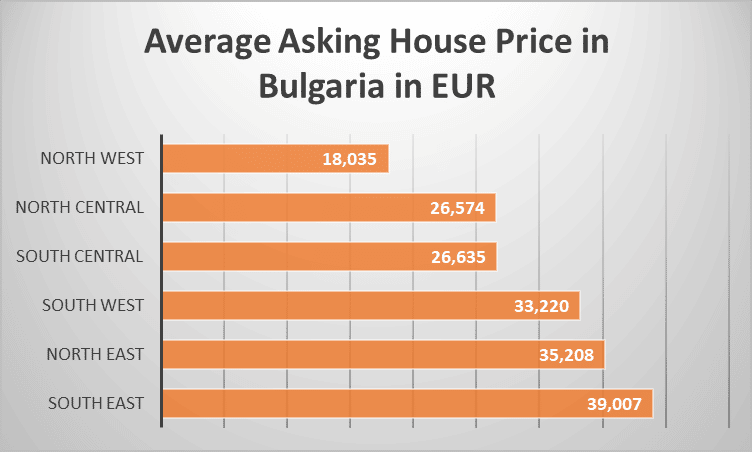 A three-bedroom house tends to be the most popular type of dwelling when it comes to properties available for sale in Bulgaria. The average price of such homes comes to approximately 32,000 euros, and it works out at about 7,000 euro more for an extra bedroom. Meanwhile, the 2-bedroom property costs about 25,000 euros. 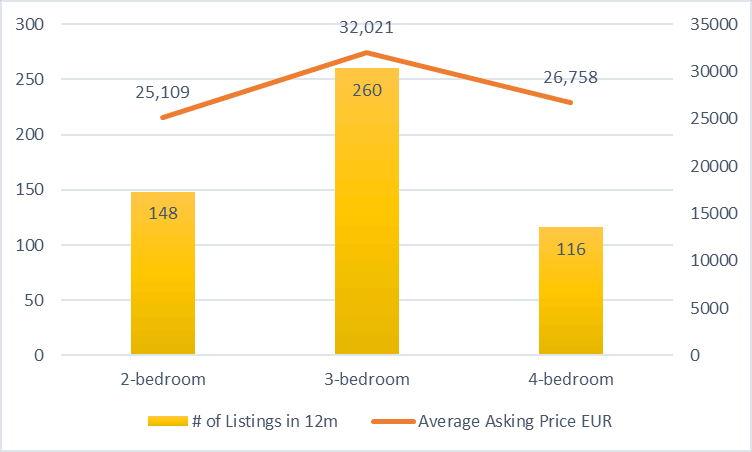 3. There is very little seasonality in the asking price. 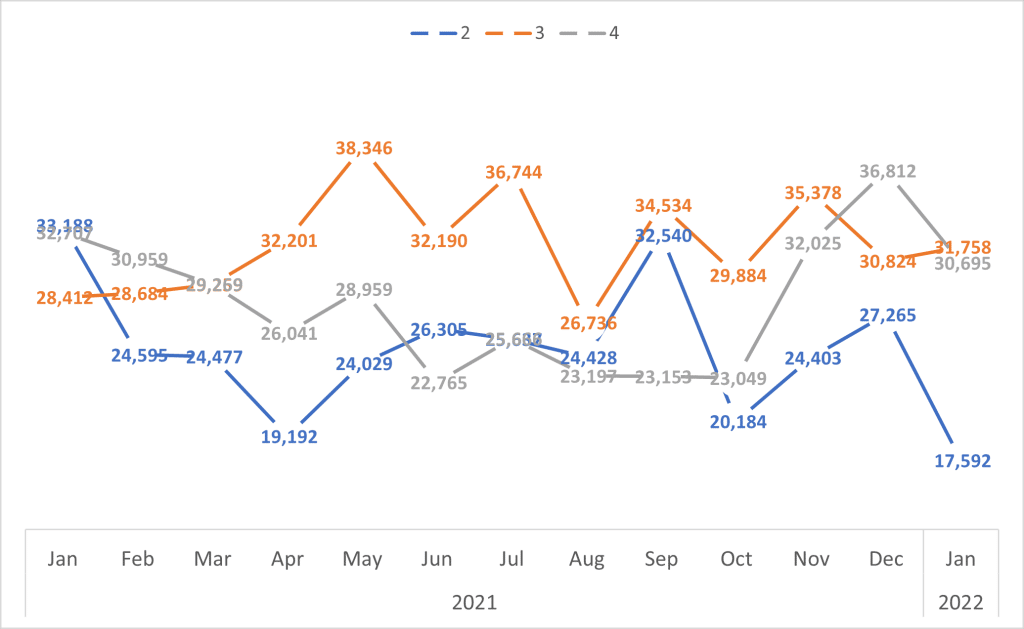 4. The North-West in detail.

A 3-bedroom house cost an average of 18,000 euros in the North-West. It is the most affordable housing market in Bulgaria. The region is famous for its location to the south of the Danube River and to the North of Stara Planina Mountain. The main road E-79, currently undergoing a major renovation and extension, is connecting the Bulgarian capital Sofia and Romania to the North via the second bridge on the Danube River near Vidin. Vratsa, a city with a 65,000 population, is quick to attract foreign investment. Two big international players in the automotive industry have recently opened new factories. There are a number of renovation projects backed by EU funding targeted at local public areas, parks and open spaces. Other cities such as Vidin, 55,000 population, provide popular attractions such as “Baba Vida” Fortress and nearby Belogradchik Rocks. 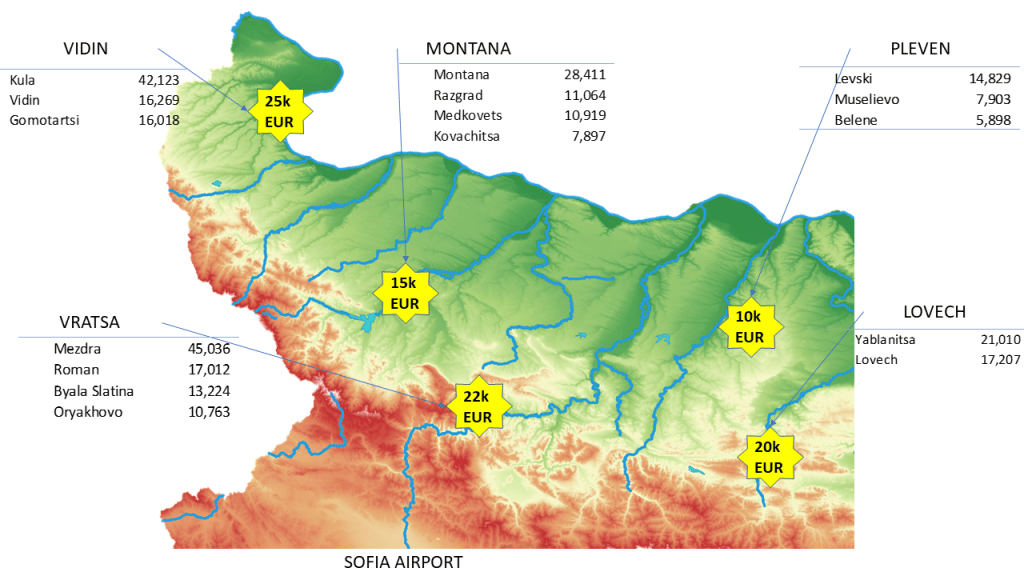 5. Most of the houses for sale need serious renovation and repair.

Think about the big-ticket items such as roof repair, wall insulation, new garden fence, new windows etc. The rule of thumb is to set a renovation budget at least the same amount as the asking price for the house. Whilst builders might be available in your chosen area, do your homework first and ask the local community for recommendations. Try and collect at least two different quotes for each job. 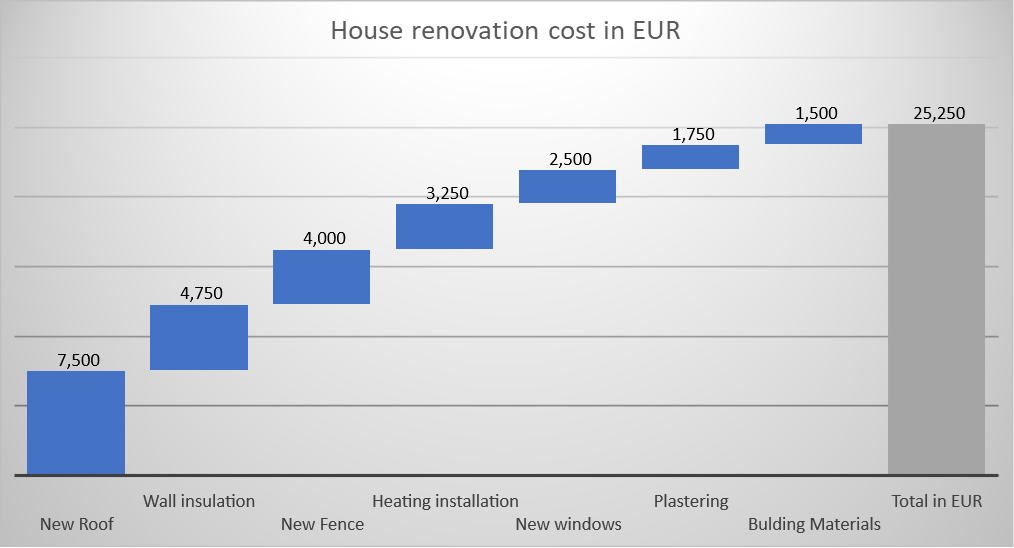 If you want to go ahead and buy your first property in Bulgaria read our how-to guide. We offer exclusive property research services for the North West region.

Note: All pricing data provided in this article is based on the information from Jan 2021 to Jan 2022 as available on RightMove.co.uk 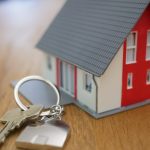 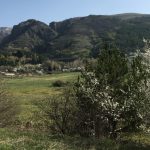