Bulgarian Yogurt, a natural boost to the immune system

In the 21st century, more and more people turn to healthier diets including the so-called superfoods. Drinking a spinach smoothie or eating a quinoa salad has become the norm these days. Influencers are boasting about their miraculous benefits on their social media platforms. Yet my favourite superfood is Bulgarian Yogurt. It has well-known health benefits. It is an important source of calcium for strong bones, with the added benefit of improving the digestive system and strengthening the immune system of the body.

The product came into prominence due to the work done by Dr. Stamen Grigorov, who in 1905 at the University of Geneva discovered a rod-like bacterium in yogurt produced in Bulgaria. Later in 1907, the microorganism discovered by Dr. Grigorov was named Bacillus Bulgaricus (Grigoroff), currently known according to Bergey’s classification as Lactobacillus delbrueckii subsp.  bulgaricus ( a geographical indication of the origin).

Bulgarian yogurt is commonly prepared from raw milk obtained from sheep, cows, buffalo, goats, or a mixture of them. It has a specific taste and aroma linked to the content of Lactobacillus delbrueckii subsp. bulgaricus and Streptococcus thermophilus, found in large quantities on the territory of Bulgaria. For more than 100 years, scientists from different countries have done research on Bulgarian yogurt and have established its specificity and uniqueness, as well as its scientifically proven probiotic effect on the human body.

Bulgarian yogurt is a lactic acid product that is obtained as a result of the lactic acid fermentation of milk only activated by a symbiotic yeast.

1. Pasteurize your fresh milk. Pasteurization of milk is carried out at a temperature of 93 – 95 ° C with a retention of 15 – 30 minutes depending on the available technique.

3. Get the milk curdling. Milk with a temperature of  42 – 45 ° C is mixed with a symbiotic starter culture of bacteria Lactobacillus delbrueckii subsp. bulgaricus and Streptococcus thermophilus.

Bulgarian yogurt home and away

The village of Studen Izvor near Tran has a special place in history. This is the birthplace of Stamen Grigorov. His house in the village is turned into the first-ever museum dedicated to Bulgaria yogurt.

Research, scientific reports, and publications with the main focus on Bulgarian yogurt and its probiotic properties have spread around the world. For example, a scientific report was published by Vanderbilt University in Tennessee, USA, about the beneficial influence of Bulgarian yogurt in the treatment of atherosclerosis. In 1950, Gaylord Hauser’s book “Look Young, Live Long” appeared in the United States, with direct reference to Bulgarian yogurt.

How did Japan fall in love with Bulgarian yogurt?

According to one source, it all started when a representative of Meiji, a private Japanese company, visited the Bulgarian Pavilion at Osaka Expo in 1970. Later, in 1973, Meiji will launch their best-seller plain Bulgarian yogurt after acquiring the naming rights to the Bulgarian brand. It was also Japan’s first plain yogurt. These days yogurt has reached a huge following with a massive 42% market share in Japan. It is the top yogurt brand in the country since 1996 and it is also licensed by the Ministry of Health. Meiji claims the flavour is authentic as it is derived from a genuine live culture brought from Bulgaria. Research conducted by the company found benefits to gut health and bowel movement.

A perfect bowl of yogurt

Yogurt has many applications in modern cooking. Starting from the simple breakfast cereals topped with honey and fruits to the refreshing summer soup, more popular in Bulgaria as Tarator (Таратор). Tarator is made with yogurt, diced cucumber, dill, and garlic. There is a salad version too with the same ingredients known as Snejhanka (Снежанка). Yogurt is also used as an ingredient in another traditional Bulgarian dish made with filo pastry and known as Banitza (Баница).

Let us all raise a glass of yogurt for a healthy lifestyle! 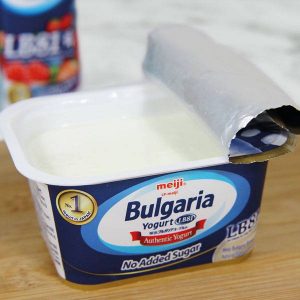 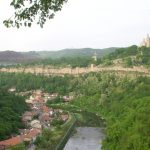 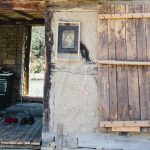 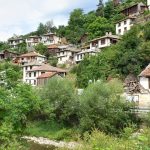 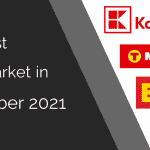 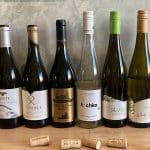 A story of a rare Bulgarian grape variety and 10 wines
Tags: Japan Yogurt